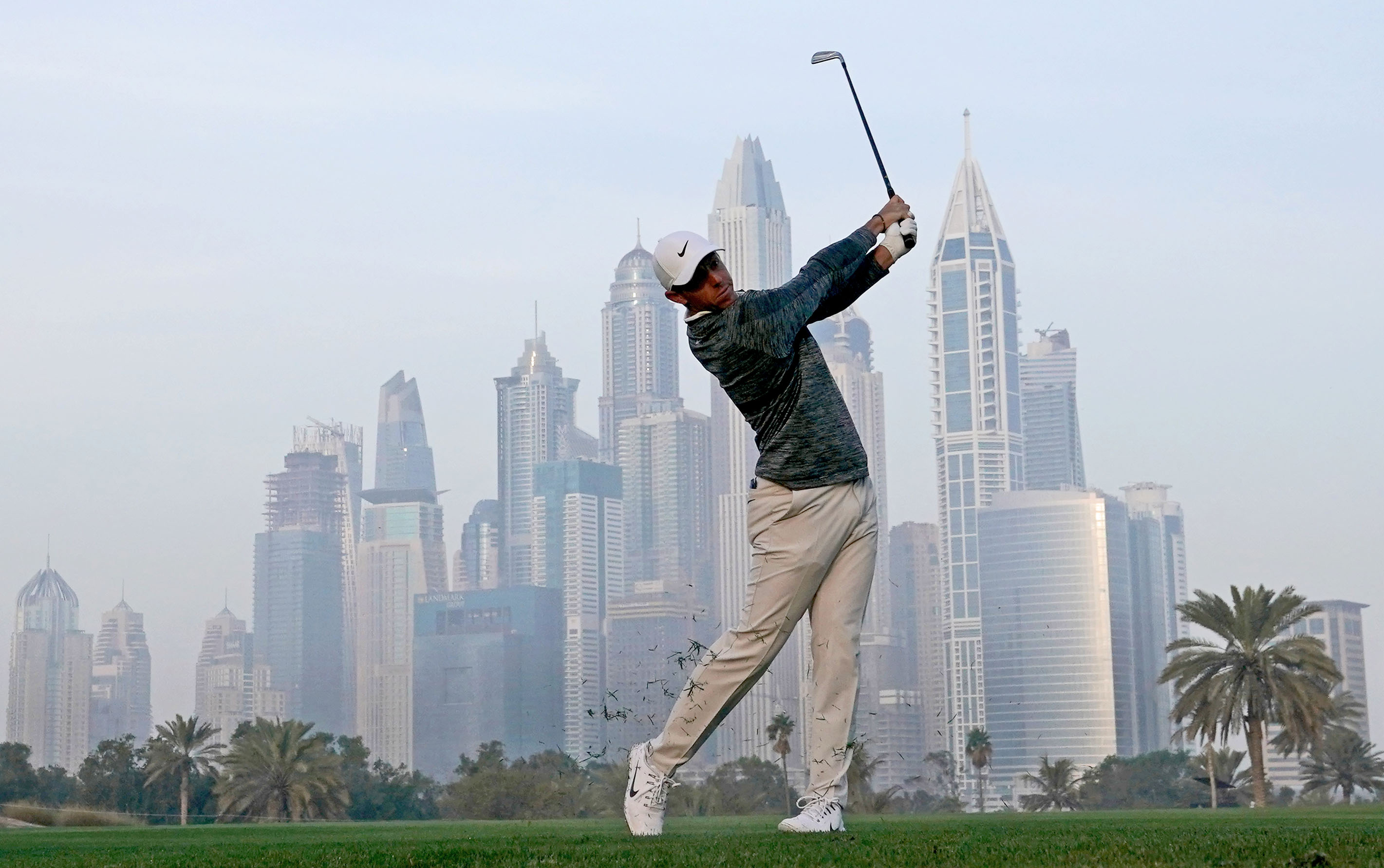 Four-time Major winner, Rory McIlroy, is returning to Emirates Golf Club in January in a bid to win his third Dubai Desert Classic title. McIlroy will be looking to add to his impressive record in Dubai at what will be the second Rolex Series event of the 2022 DP World Tour season.

The Northern Irishman is back at the event for the first time since 2018 - when he came close to adding to the titles he won in 2009 and 2015 - finishing just one shot behind winner Li Haotong. McIlroy has an enviable record over the Majlis Course with a further six top-ten finishes in 11 previous appearances.

The 32-year-old has enjoyed many memorable moments in Dubai throughout his illustrious career, winning the season-ending DP World Tour Championship in 2012 and 2015 and topping the season-long DP World Rankings three times – in 2012, 2014 and 2015.

The logistics technology provider that is revolutionising the way global logistics works, will debut its new title partnership of the iconic event in 2022. This is also the first year the Dubai Desert Classic will be elevated to Rolex Series status, becoming part of the DP World Tour’s premium series of events.

The 2022 Dubai Desert Classic will be the second of back-to-back Rolex Series events in the region, following the season-opener in Abu Dhabi. These tournaments in January form part of the traditional ‘Desert Swing’ and attract the sport’s leading players.

“I’m looking forward to getting back to Emirates Golf Club for the Dubai Desert Classic in 2022,” said McIlroy.

“I have so many wonderful memories from playing in Dubai over the years, and particularly over the Majlis Course, where I’ve been able to win twice. I look forward to coming back to Dubai and aiming to get my hands on that incredible trophy again.”

Simon Corkill, Executive Tournament Director, Dubai Desert Classic, added: “The addition of Rory McIlroy to an already strong field emphasises the pedigree of this golf tournament. As one of the most talented golfers in the world he brings plenty of energy and excitement to the historic event. We look forward to seeing Rory battle it out with Collin Morikawa, Sergio Garcia, Paul Casey and others in a truly world-class field at this year’s event.”

Organisers have also confirmed that general entry to the Dubai Desert Classic will be free to all over the four days. Corkill continued: “With the UAE set to celebrate its Golden Jubilee, we are delighted to announce that entry will be free for everyone over the duration of the tournament.”

“This decision was made in recognition of this special moment in the UAE’s history, while also giving something back to sports fans near and far. What better way to celebrate than through a truly global sporting event which everyone can enjoy.”

The tournament is now set for an even brighter future with the support of and Rolex.

Grab your tickets to the event today at www.dubaidesertclassic.com