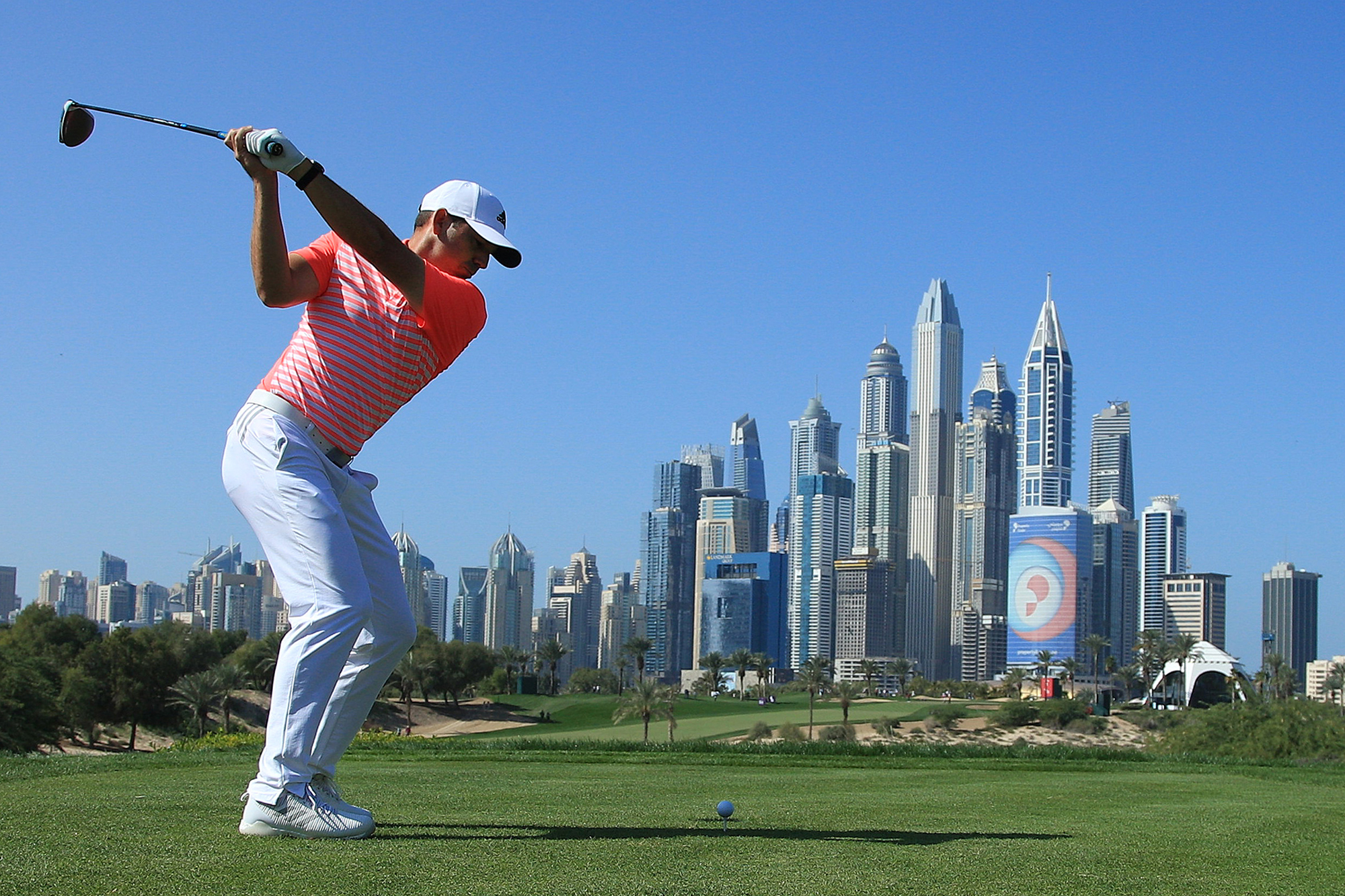 World Number Two Collin Morikawa and fellow Major winner Sergio Garcia are amongst the top-ranked global stars confirmed to join defending champion Paul Casey at the Dubai Desert Classic for the second Rolex Series event on the 2022 Race to Dubai.

Casey secured an emotional four shot triumph for his milestone 15th European Tour win at Emirates Golf Club earlier this season, taking his tally of professional victories worldwide to 21, and the Englishman is aiming to make a winning return to Dubai from January 27-30, 2022.

The logistics technology provider that is revolutionising the way global logistics works, is the new title sponsor of the Dubai Desert Classic, with the iconic event elevated to the European Tour’s signature Rolex Series of tournaments for the first time in 2022.

The Dubai Desert Classic 2022 will be the second of back-to-back Rolex Series events in the Middle East in January, with the tournaments in Abu Dhabi and Dubai also part of the European Tour’s traditional ‘Desert Swing’ which annually attract the sport’s leading players.

“Dubai was an emotional win for me in January,” said Casey, a five-time Ryder Cup player. “Not only for reaching 15 European Tour wins, but with the history involved, joining such an illustrious list of players who have lifted the Dallah trophy, and it all happening at such an iconic event.

“It’s exciting to see the tournament become part of the Rolex Series; we know it will be a fantastic week with a great field and I can’t wait to have the chance to get my hands on one of the coolest trophies around once again.”

Two-time Major winner Morikawa made his tournament debut last January, before adding The 2021 Open Championship to the US PGA Championship title he won in 2020.

“I really enjoyed my first experience of the Dubai Desert Classic this year,” said the American. “I’m looking forward to making the trip back over in January. For me it’s exciting to compete in an event as iconic as this and I am excited to have the chance to join so many great names on the list of winners.”

For Garcia, this will be his 13th appearance at an event he won in 2017 before memorably claiming his maiden Major title at the Masters just three months later.

“This is one of my favourite events and having won at Emirates Golf Club during such an important year in my career, I have so many good memories to draw from,” said the Spaniard, who further extended his record as Europe’s leading points scorer during his 10th Ryder Cup appearance in September.

“It’s an honour to be part of such an incredible group of past champions and it would mean a lot to me to be able to lift the Dallah trophy once again.”

CEO, Chris Kirchner, stated: “It’s important to have world class players at our event in Dubai. We are excited for this great week with Collin, Paul and Sergio among many other of the top players in the world.”

Simon Corkill, Executive Tournament Director - Dubai Desert Classic, added: “This first crop of major international stars confirmed for the Dubai Desert Classic in January underlines the prestige that our new title partner Rolex Series status have added to the tournament’s already exhaustive pedigree. With a long history of world-class winners on our champions roster, we look forward to seeing Paul, Sergio, and Collin play their parts in claiming this coveted title at the start of the European Tour season.”

Hospitality for the Dubai Desert Classic has been transformed this year, with the Dallah Lounge terraces and Sky deck relocated to a prime location overlooking both the 9th and the 18th greens. The package includes a sumptuous lunch, beverages, afternoon tea, VIP car park and player visits. Hospitality pre-registration opens today, with an early bird offer available.

The tournament is now set for an even brighter future.