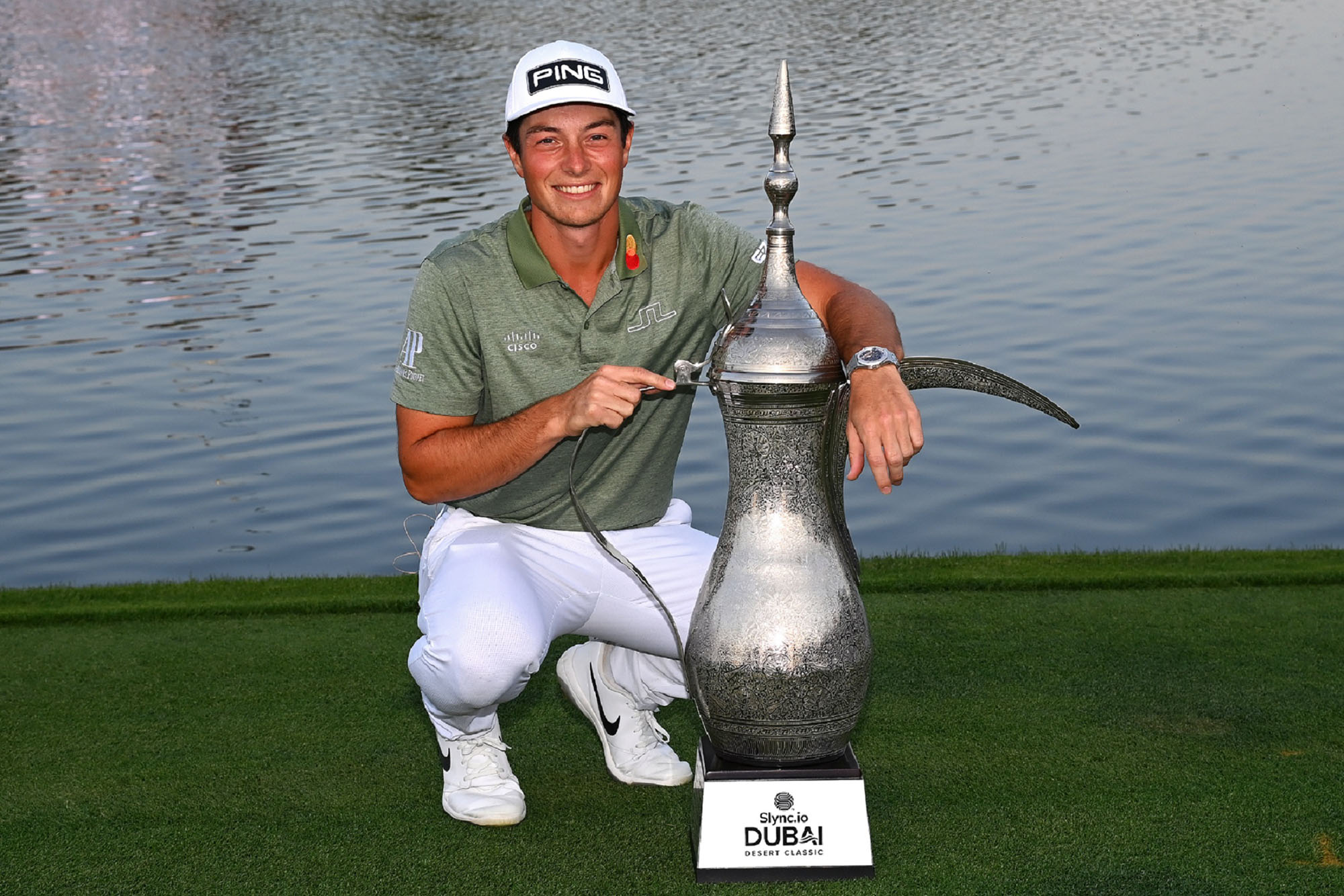 Viktor Hovland shot the lowest round of the day before holding his nerve in a thrilling play-off against surprise package Richard Bland to claim a maiden Dubai Desert Classic title in front of thousands of spectators on a packed Majlis Course at Emirates Golf Club.

After starting Sunday six shots adrift of the lead, the Norwegian starlet, 24, held a routine three-foot birdie putt to claim the winner's prize of USD 1.36 million, after Bland's own four-foot birdie effort lipped agonisingly out the hole. The Englishman, 49 next week, claimed USD 880,000 in prize money after a final round of 68, which included birdies on holes 17 and 18.

Hovland's win secured a second DP World Tour victory in his 22nd appearance, and his first Rolex Series Event title. "This is pretty wild – especially, as I didn't really think this was possible going into today," said Hovland, who moves up to third in the game's official world rankings. "I knew I had to shoot a really low number, a lot of things had to go my way and I'm thankful that they did."

There were plenty of thrills and spills before the nerve-jangling play-off, with Hovland emerging from the chasing pack with a birdie - eagle - birdie close to finish 12-under par. World No.8 Rory McIlroy, starting the day two strokes behind overnight leader Justin Harding on 10-under par, had appeared on course for an historic third Dubai Desert Classic title before a wayward approach into the 18th green found water. A resulting bogey dropped McIlroy out of the playoff and into third-place overall on 11-under par. The Northern Irishman claimed USD 504,000 in prize money.

Overnight leader Harding, who started Sunday on 12-under after heading the field since Friday morning, fell away in dramatic fashion after a devastating triple-bogey six on the par-three 11th. Harding's disappointing round of 76 left him in a five-man tie for fourth-place overall, alongside English duo Tyrrell Hatton and Sam Horsfield, Poland's Adrian Meronk, and South Africa's Erik van Rooyen.

Simon Corkill, Tournament Director Dubai Desert Classic, said: "After four days of high-quality golf and incredibly fierce competition on the immaculate Majlis Course, Viktor has proved himself a worthy addition to the iconic roll-call of champions at this prestigious Rolex Series event.

"With the tournament celebrating a new era this week, the response has been fantastic. From enthusiastic galleries following players around the Majlis Course, to our unbelievable new hospitality offerings, it's been amazing to see bumper crowds flock to Emirates Golf Club and underline why the Dubai Desert Classic remains a true legacy event on the DP World Tour."

For more information on the Dubai Desert Classic, visit https://www.dubaidesertclassic.com/