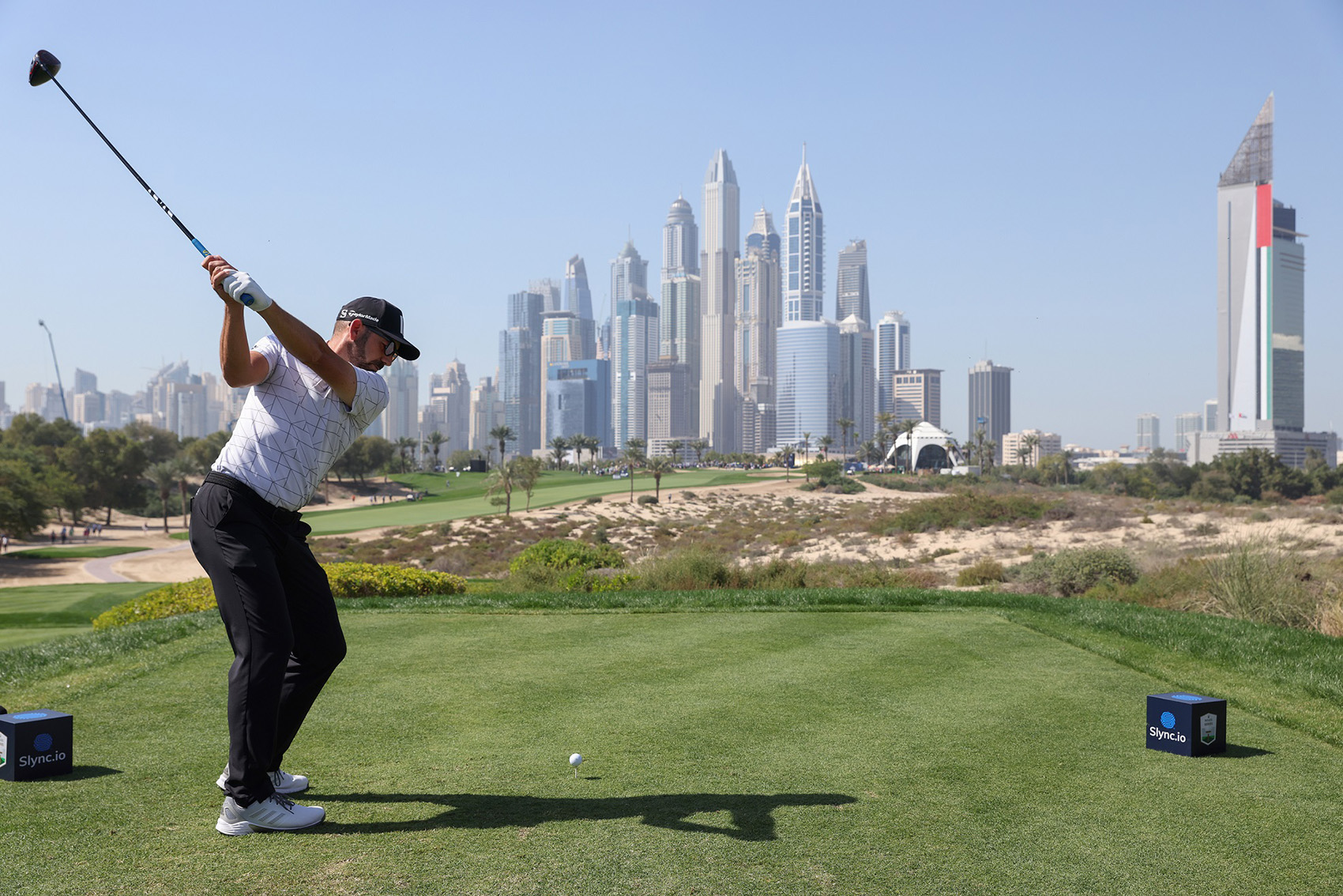 Spanish ace Sergio Garcia, the 2017 champion, once again showed just why he loves playing the Majlis course, posting a blemish-free five-under par 67 to grab a share of the first-round clubhouse lead alongside compatriot Pablo Larrazabal on day one of the Dubai Desert Classic. World No.2 Collin Morikawa had hit the heights at the top of the leaderboard early on, before ending his first round one shot off the pace after a thrilling morning at Emirates Golf Club.

Teeing off on 10 alongside Rory McIlroy and Bernd Wiesberger, American Morikawa looked certain to lead the way after soaring ahead with seven birdies in a stunning front nine, including four birdies on the bounce from 15 to 18, but his charge was derailed by a run of three bogeys across his final four holes that saw him slip back to join the group at -4.

Garcia, playing in the group behind, toughed it out with tricky pars as the wind picked up on late in his round, finishing alongside Larrazabal who carded four birdies on his back nine, building on an opening nine that included three birdies and two dropped shots.

Garcia, who went on to win the Masters in the same year he claimed victory at the Majlis in 2017, said: "It was good. I think it got a bit more challenging the last couple of holes with that left to right wind, but you know I made a couple of nice par saves at the right time and kept it in play, hit a good amount of greens and when I didn't, my chipping and putting was helping me."

"A disappointing finish," summed up Morikawa. "I have been working Monday to Wednesday, late into yesterday, trying to even things out. When you are thinking about so much, you have to remember to play golf. I'm happy, but not thrilled with -4. It's good to see things that I have been working on all week show up on the course though."

Two-time champion McIlroy, one of the strong favourites, kept pace with Morikawa after three birdies in his opening four, but fell away with a bogey on 18. Although he picked up a birdie on the first, his 10th, further dropped shots on two and seven left him -1 and four off the clubhouse lead.

While the stars battle on the course, a fun weekend awaits Dubai Desert Classic spectators, with Pink Saturday seeing all guests invited to wear pink in support of the Al Jalila Foundation. A best-dressed competition for all ages will be complemented by a pink flower wall and spot prizes. Meanwhile, the final day, the event's inaugural Sustainability Sunday, will showcase the tournament's ecological efforts, which fall under four themes: waste, transport, energy, and legacy.