Hot Hansen opens up lead over chasing pack on the Majlis 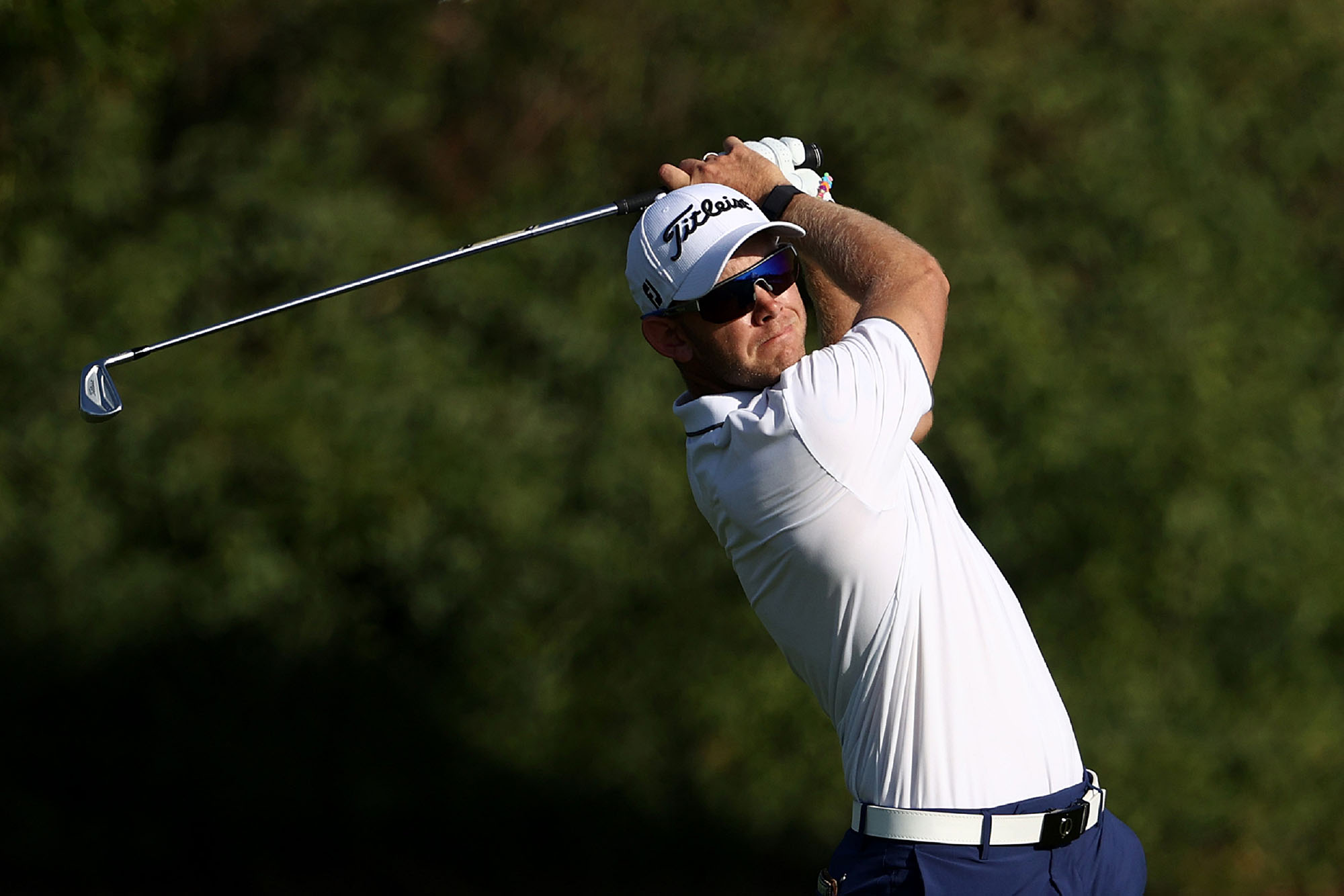 Denmark's JB Hansen carded a sensational bogey-free seven-under to claim the overnight lead over a chasing pack that includes 2017 champion Sergio Garcia and Ryder Cup team-mate Tommy Fleetwood, with World No.2 Collin Morikawa lurking just one shot further behind as a star-studded field battled it out on day one of the Dubai Desert Classic at Emirates Golf Club.

Hansen, the winner of the AVIV Dubai Championship in November last year, got off to a near-perfect start in the afternoon with four straight birdies from holes two to five, immediately slicing into the -5 clubhouse lead of Garcia and compatriot Pablo Larrazabal from the morning round. Three further birdies in four holes from 10 to 13 put the Dane on his way to a blemish-free seven-under 65, one ahead of Justin Harding of South Africa, who was on the 18th before the hooter ended play with light fading.

Garcia, who went on to win the Masters in the same year he claimed victory at the Majlis in 2017, said: "It was good. I think it got a bit more challenging the last couple of holes with that left to right wind, but you know I made a couple of nice par saves at the right time and kept it in play, hit a good amount of greens and when I didn't, my chipping and putting was helping me."

World No.2 Collin Morikawa had hit the heights early on with seven birdies through his first 11 holes. Teeing off on 10 alongside Rory McIlroy and Bernd Wiesberger, the American looked certain to lead the way, but his charge was derailed by a run of three bogeys across his final four holes, seeing him slip back to join the group at -4. Two-time champion McIlroy had to settle for a one-under 71.

"A disappointing finish," said Morikawa. "When you are thinking about so much, you have to remember to play golf. I'm happy, but not thrilled with -4. It's good to see things that I have been working on all week show up on the course though."

Defending champion Paul Casey suffered a disappointing finish as bogeys on 16 and 18 spoiled what had otherwise been a promising round, pulling the Englishman back from -4 through 15 to -2. World No.5 Viktor Hovland meanwhile, playing in the same group as Casey, is well placed three off the lead after a four-under round that included an eagle on the par-five 10th.

Hovland said: "That was a kind of test of patience. I obviously got off to a nice start on the back nine and was able to hit some nice shots and roll in some putts. It was a good day, but I wish I could have taken advantage of some of the easier holes."

Starting on the back nine, local youngster Josh Hill looked in great form early on with four birdies and just the one bogey on his front nine. He was on -4 through 12 before bogeys at six and nine took him back to two-under. "It was pretty good start," said the 17-year-old. "I know the front line is a bit harder, so I was trying to keep it together. But I know I was trying to score at the same time. I had a bit of a rough finish, I know those last five are rough holes."

Emirati golfer Ahmad Skaik meanwhile battled back from a tough start after three bogeys in his opening three holes. Working with new equipment for the first time, the left-hander settled into things and traded two more bogeys for birdies to card a three-over 75.

While the stars battle on the course, a fun weekend awaits Dubai Desert Classic spectators, with Pink Saturday seeing all guests invited to wear pink in support of the Al Jalila Foundation. A best-dressed competition for all ages will be complemented by a pink flower wall and spot prizes. Meanwhile, the final day, the event's inaugural Sustainability Sunday, will showcase the tournament's ecological efforts, which fall under four themes: waste, transport, energy, and legacy.