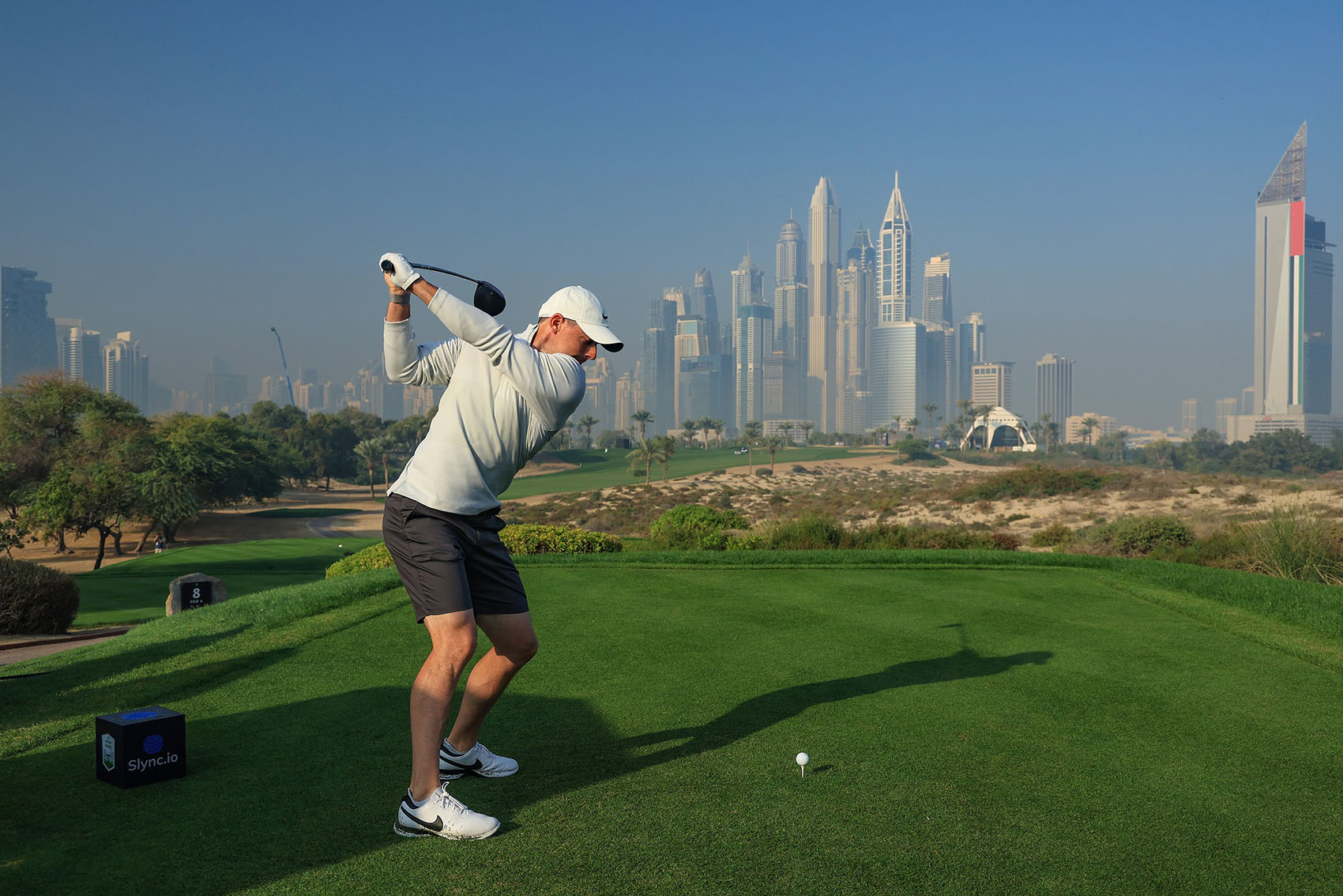 Ahead of the opening day of the revamped $8 million Dubai Desert Classic, four-time Major winner Rory McIlroy is looking to capitalise on the good feelings that accompany any trip back to Emirates Golf Club, the place where it all began for him.

The Northern Irishman, 32, first played the Majlis Course in 2006 as a 16-year-old amateur, before recording his maiden professional win on the same course three years later. By the time he claimed his second Dubai title in 2015, he had added four Major championships to his trophy cabinet. McIlroy returns to the Majlis Course having not competed in the tournament since 2018.

"This was one of the first events I played on (DP World) Tour back in 2006," said McIlroy, who has finished in the top-10 eight times at Emirates Golf Club. "I've a lot of good memories here. Played as an amateur, got to world No. 1 amateur after playing pretty well in 2007. I lived in Dubai for four years as well. I have a lot of close friends from this region too. It's a very comfortable place for me and it's nice to be back."

The course on which McIlroy will start his quest for a third Dubai title come Thursday has been revamped this year as part of the tournament's elevation to a Rolex Series event, which brought with it a new title sponsorship tie-up with leading global logistics technology provider. During Wednesday's pre-tournament Pro-Am, McIlroy was paired with the company's CEO Chris Kirchner.

"It's important for our game to have people like Chris and companies like come in and support the game of golf, our game, and put up a lot of money to support these events," McIlroy added. "It's how the professional game keeps going. I think all the players are very appreciative of Chris and coming in and doing such a wonderful job supporting this golf tournament and this Tour.

"It's going to be a great week for him and for everyone. The branding looks fantastic; the blue and the hospitality stands and everything – it looks like a proper golf tournament. We should all be very appreciative of coming in and supporting this event."

McIlroy's peers concur. World No.5 Viktor Hovland, who claimed three tournament wins and became the first Norwegian to represent Europe in a Ryder Cup in an incredible 2021 season, said he is looking forward to taking on the new-look Majlis again after making his tournament debut two years ago.

"It is an event that has a lot of history, with all the big name champions that have won here before, and it always felt like an upper tier event because of that, but even more so now that it has that elevated Rolex Series status," said Hovland, 24. "Seeing all the guys playing here and wanting to be part of it, it is really cool. It is good for the tournament and makes it more fun for everyone. It is cool that we really cherish the history around events like this; go back to the same venues, empower the tournaments and make them iconic."

Meanwhile, reigning Race to Dubai champion Collin Morikawa is looking to get back to winning ways in the emirate. The American won the DP World Tour Championship in November, but only narrowly avoided missing cut at the Abu Dhabi HSBC Championship at Yas Links last week. Having made his Majlis debut last year, Morikawa hopes to take that experience into this week.

"Out here, I know the golf course and I know where I need to hit it," Morikawa said. "It's just going out and playing golf, executing the shots I know, talking to my caddie like we do all the time when we're playing really well, and just sticking to that same process."